So it seems that this is the year that Fat bikes have hit the mainstream…and while I still don’t think you “need” a fat bike to ride in the winter, it’s hard to argue with how fun they can be. If like me, you rode something like one of the early Surly fat bikes a few years ago and decided they were too heavy and slow moving to be much fun…well, you were right, but things have changed a lot in the past few years. 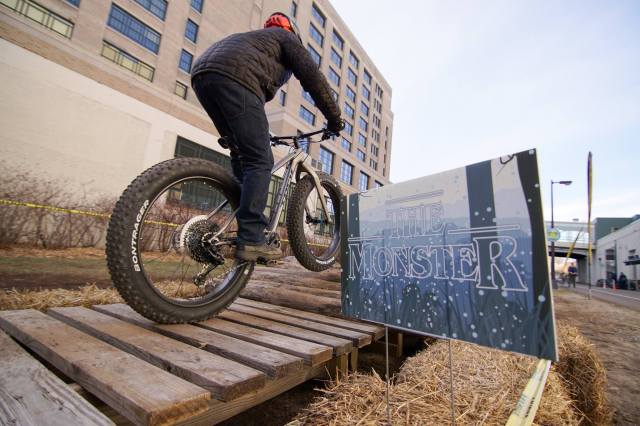 In my own search for a fat bike as well as helping my friend CJ look for his we rode a lot of the latest models in shops and at demo days, and in doing all those test rides and finally plonking down the cash for our own bikes we learned a few things worth sharing with the prospective fat bike purchaser out there. CJ even made the Freewheel bike facebook feed, sadly they neglected to use the shot of me hanging the chairing of the monster wheelbase Blackborrow cargo bike up on the log pile and nearly launching me and my not quite healed collarbone off the front of it…

Price Range – Although it is not exactly what we intended it turned out we ended up with bikes at two very different price points and the lesson I took away from that is that like many higher end purchases you get diminishing returns on a per dollar basis the higher up you go so buying used is a better value at the high end of the market. Alternately, at the lower price points a new bike can be the best deal since you get a warranty and a new bike worth putting some upgraded parts on over time. 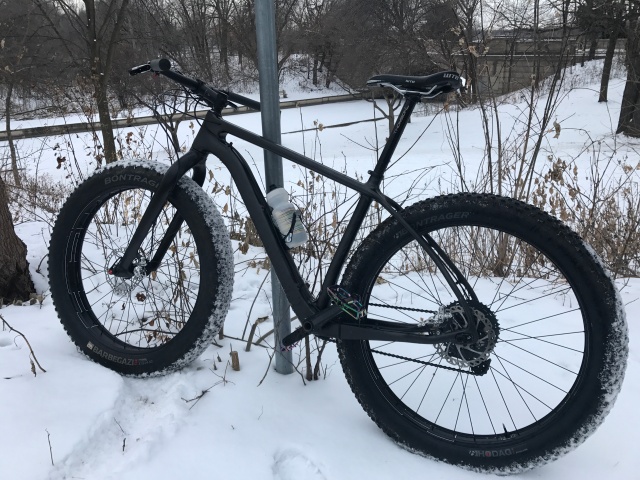 Which brings me to my Fat bike purchase, the epically awesome Otso Voytek that I bought used with a set of custom built wheels. Fully built up my (large) Otso weighs about 27 lbs, which is a full 8 lbs lighter than CJ’s (small) Bigfoot. Which considering he weighs about 50 lbs less than I do really does not mean anything at the end of the day other than that my bike feels a lot lighter and I might be able to keep up with him a little better than I normally can.

So, if you see what might at first glance look like a father and son team on the trails around town with one riding a bright Red Norco and the other bigger dude riding a very stealthy black Otso say hi to me and CJ, who are now part of the fast growing fat bike fraternity.